Of Plutos, "Pysics" and Procrastinations 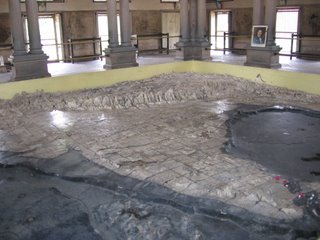 Can't believe, how much lazy I had been to blog in the last one month --- and that too the month where I was supposed to be "relaxing" , after my prop defense

Even I forgot that I had started this one...

with an intention of writing a 3 or 4 "classic" peice like the one I had on "A decimation so systematic" ... but looks like I myself ended up not opening the treasures that I wanted to :-)

Jokes apart, rather than writing a series, I am just going to quickly summarise - well, to be more exact seeking answers to- some of the interesting observations that I wanted to bring up. Any readers (wonder how many come here regularly ever since I became kinna irregular, and that also started posting quite some mallu centric stuff) , I welcome you to share your invaluable insights knowledge on these .. So here goes

1) The story of Manu in Hindu Mythology talks about "7 rishis" being saved during the flood... and I believe that the Hindu belief is that the seven rishis are the originators of "seven races".. (Note that Rishis could be women, or men - either ways usually they are married .. ) . Now, have you heard about the seven "clan mothers" in the genetic science ?! http://en.wikipedia.org/wiki/The_Seven_Daughters_of_Eve

Is it not amazing that the numbers seven matches ?! anyone to throw any insite

2) In Hindu mythology Kadru and Vinata are wives of sage Kashyapa and mothers of "snakes" and "Garuda" respectively..... and now read about Archaeopteryx , and theories of Charles Darwin and Richard Owen..... doesn't it amaze you ?!

3) This was initiated when Dr Subhash Kak sent me his paper on the famous twin paradox in physics (and I never got to reading his paper carefully... just too lazy!!) .. okay, here is the wiki reference http://en.wikipedia.org/wiki/Twin_paradox . Now, the following was brought to my attention by my doing_his_PhD_in_PhY friend, K - that in Mahabharata, during the vanavas Arjuna goes on a avisit to Indralok and returns... and Arjuna spens "x" years in Indralok, where as Pandavas had spent "y" years on earth -- x and y are different.. Was that an example of the twin paradox ?! I have been asking K to send me the exact MhB references, and he has not yet... :-( .. any other helping hands... Ranjith ? News ? or K himself ? or Dr K ? :-)

4) The recent demotion of Pluto from the solar system (my sympathies... ney, my empathies ) .. I pretty much go with Rajeev (Sreenivasan) on this one http://rajeev2004.blogspot.com/2006/08/pluto-demotion-aryabhatta.html

So, thats finally the nuts and bolts of what I originally wanted to make into a 3 or 4 piece article... Hope, I get some answers to my querries :-) .. in anycase, at this point, its much more about "Mother Calling" ..... !!! 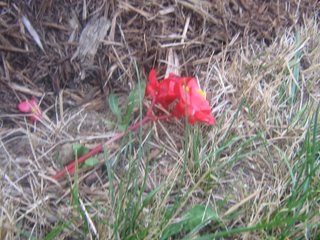 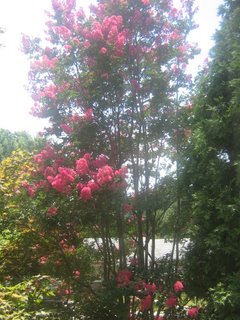 The last post was titled, AJ, so just decided to naamakaran this as APJ !!

and the reason ? I was going thro' some " old stuff " in my suitcase, and I found some nice treasures... for one I found some of my favorite Mallu poems, which my mom had sent me copying from the highschool textbooks, when I was at IITM....

Why am I feeling so nostalgic.... with weeks left for my India trip... hopefully...

and lastly, Happy Birth-stars Mother and Father... Achanumammakkum Pirrannaalaasamsakal (Aug 10 and 11 this year - I had to tell them for them to remember !!)
on August 11, 2006 5 comments: Links to this post