"shreyaaMsi bahu vighnaani bhavanti mahataamapi" - even for the noble, when it comes to doing good things, lot of obstacles will be faced. Doing nothing is easy and invites less criticism !!


In this part-2 I had decided to take up the big-bang decisions - GST, DeMo, Aadhaar, Make-in-India, push for start-ups etc. Being not an expert at economics, I will have to piggyback on existing articles.

a) Aadhaar - Aadhaar today is not just a number. The Congress envisaged it as a means of identity but the Modi government has taken it to a different level. It has become a weapon in the hands of the poor and a powerful tool to fight entrenched black money interests. It is now a symbol of anti-corruption, anti-black money drives, a symbol of efficient allocation of welfare benefits. ref-1


b) GST - (Before 1Jul2017 opposition parties accused) the Government of pressing ahead with a half-baked measure when not everyone was ready . Yet, the Modi Government went ahead and stuck to the July 1 date for implementing the GST which has been called the single most important tax reform since Independence. A year later, the nay-sayers seem to have been silenced.... The switch from multiple taxes to a single, omnibus country-wide tax was painful but eventually successful. ..... GST regime is still a work in progress. As digitisation of the economy grows, there will be more transparency and less tax evasion and theft. ref-2 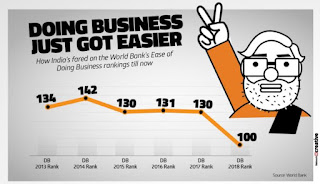 c) DeMo - A lot has already been said on this. There is perhaps no direct way to assess if it was a great idea or not. I go by the seemingly indirect impacts -- I know for a fact that the real estate prices that were skyrocketing during UPA-2 became stable, sometimes even went down. Inflation has kept really low as was shown in part-1 of my post. Terror funding got impacted big time ref-3

d) Make-in-India and start-ups : Perhaps a detailed study is lacking.. There is the PwC analysis of 2018 (ref 4) but that speaks more about the initiatives in this years budget. Perhaps, these initiatives have not happened at the pace that the common man wanted, but then come on, from an economy in slumber and shatters by 2013-14, it clearly needs time to pick up. And Make-in-India is something that is not going to be easy after 70 years of being a major "technology importer". Yet, look at this

.import bill made by finished mobile phones in the country have been drastically down to $3.4 billion in 2017 and is likely to fall further to $2 billion in 2018.The import of mobile phones like Google Pixel 2 or iPhone X has been continuously going down for the few past years. In 2014, the total import of these phones stood at 205 million. In 2017, however, the total number fell to 77 million; and is expected to fall even more to 31 million in 2018. After witnessing a massive growth in sales and production of ‘Made In India’ mobile phones, the govt is expecting the production level of mobile handsets will hit 22.5 crore mark this year (ref - 5) 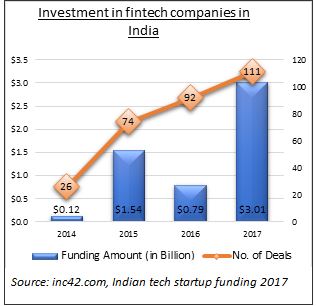 As for startups, clearly there has been a big boost post 2014, with a small dip in 2016 (ref-6). A careful study will also show that these seemingly different measures are well connected to each other, with a great intent , and a pace f execution that no previous Indian govt has done before. Perhaps no other government in the world has ever achieved as some report said recently