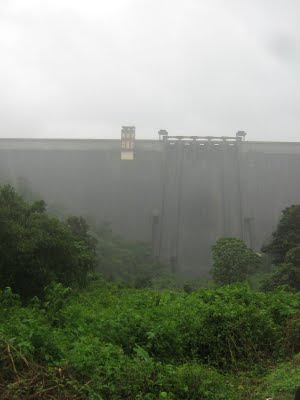 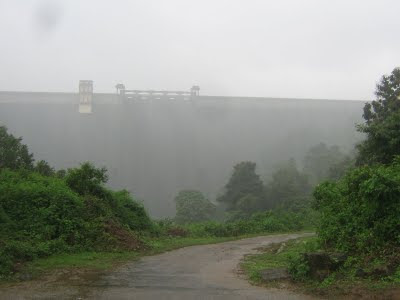 This was an old "promise" , but then I somehow did not feel like posting this for a while, thinking that it should not give unnecessary ideas to the terrorists !


But yesterday Surya News ran a story on the same, so here is mine too - the utter lack of security at Idukki dam - the biggest in Kerala, the destruction of which in monsoon season may cause one or two districts to go down under water and almost all of Kerala devoid of electricity.


My visit there was a year and a half ago (the same trip as was to Thekkady, a few weeks before the tragedy there). The fact that Surya news reported it now, tells me that all this while the situation has been so , just that noone talked about it - so here is my brief expeience.

As we were about to reach the dam site, the approach road split into two.. since there was apparently no proper sign boards, we took one of it.. and that was actually leading to the bottom of the dam, and not to the actual visitor area on top. And to our surprise and dissappointment, we did not find a single person - leave alone policemen - in that route leading to the bottom of the dam, to stop us. I have a couple of snaps posted above

Well, may be the dam is so strong that ordinary explosives won't do any damage... and may be since the politics of Kerala is quite a nourisher of the very groups who would think of such damaging acts, they would not dare to cut the branch they are sitting... don't know whether to call that my hope or my hopelessness !
on April 29, 2011 No comments: Links to this post