As mentioned in the comments section of my previous post, here are couple of "Jalakanyaka" pictures from my collection - on occasions when the seating / standing should have been regular / uniform (Note: click on pics to enlarge ) 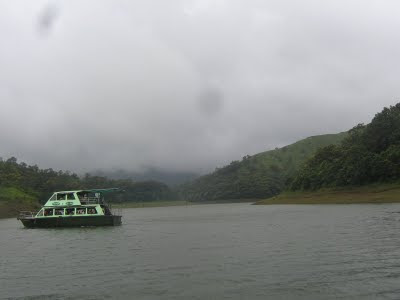 1. Difficult to say from this angle, but still if one focuses on the backside..... is there an in-born tilt visible ? 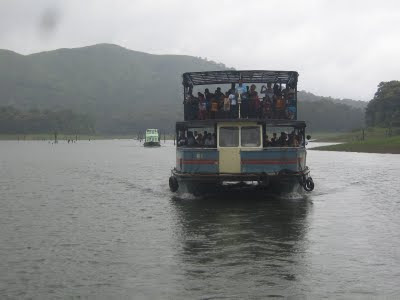 2. The ill-fated boat is the green one ( second one ). Do we see an extra dip on its right side ?

A post after about three and half months - its not-so-happy a thing that its about a tragedy.. but yet, can't resist putting out certain unhappy truths that I faced --- thankfully for me, those did not transform into unhappy experiences, but unfortunately not for the victims of the third boat tragedy in Kerala within about seven years

Less than a month before the Sep30 tragedy, U2 and I have been on a trip there - an extended Onam vacation and much more... A few things ( which have probably been now reported in the media) was glaring during the boat trip ...

1) Right from the ticket queue, there is no guidance whatsoever of how things work ( for example you realize that one person can only take max 2 tickets, only when you reach the end of the queue ) , which boat to board, choice of upper deck/lower deck ( or may be those choices are already sold out for "black" or to those with influence)

2) Once you are in the boat too, there is nobody controlling the seating arrangement - I don't think our ticket was ever checked once in the boat, or to see if proper people are seated in the proper deck (So even if more than allotted people stay in upper deck, "nobody" knows .

3) They supposedly issue a stipulated number of tickets for each boat.. but except one time when our boat appeared overcrowded and seatless, nobody asked people to board the boats which they are supposed to ( which if you see closely on the ticket is printed somewhere on the ticket, but you don't know that its the name of the boat until you see the boat)

4) There were no instructions ( like don't crowd on one side), or what to do in case of a problem etc etc.... In fact an old man who was late to board the boat did not get a seat, and so he was seated in the driver's cabin - and alas, the fellow was non-stop lecturing about kerala politics (in Malayalam of course) ALL-THROUGH the journey to the drivers assistant and the latter listening most of the time, occasionally replying or giving him the next topic to talk about

5) And for lifejackets - i was curious to see if there were any - and they were, a few of them, stacked up nicely and tied up in the drivers cabinet...

The travellers were just focused on the joy of the ride and no hardly ever complained. At one point when at the end of the trip, there were elephants on one side ( haaaa... some "wild life" after such a long wait), people did crowd to one side and our boat "Vanajyotsna" did tilt to one side a bit , but I kind of said aloud semi-jokingly ( the other half with the intention that people notice) that the boat is tilted to one side... - ours did not reach a danger level tilt at any point.

Among the theories of the boat collapse, all ultimately lead to neglect of authorities as root cause
If it were overcrowding on one side, couldn't have been avoided by not allowing more-than-capacity and instructing people not to do that ? Also "boat design not suited for all crowding on side" When it says "60 people capacity", shouldn't it be sand-bag tested with all possibilities including this one-side possibility ? And nothing more to say about the possibility of mistake by the inexperienced driver.

I leave this post with some picture of the boat in the accident - Jalakanyaka - taken by chance while on Vanajyotsna . 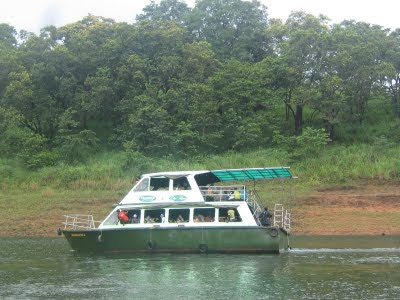 The pic above shows the case elephants on one side, and people moving towards that side - and you can see the boat tilted a bit. Whether it is within limits or not, I am not an expert to comment. Notice also one fellow hanging out of the boat, quite clear that there is nobody to control 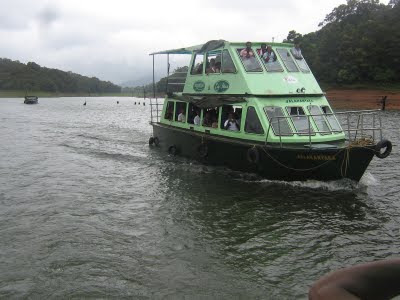 The relationship of editor to author is knife to throat. (Quote: Source unknown )
News that is a bit old, but worth reading for two reasons.... - readers can guess both
http://www.thetimes.co.za/PrintEdition/News/Article.aspx?id=1005194
Ashtanga yoga’s founder dies at 93
Published:May 24, 2009
Krishna Pattabhi Jois, a prominent and influential yoga teacher who drew a global following, which included Western celebrities like Madonna and Sting, died this week at his home in the southern Indian city of Mysore at the age of 93.
Known to his followers simply as guruji, a term of respect for teachers, Jois had an ulcer in his throat , according to Sharath Rangaswamy, his grandson and the director of his yoga institute.
In the late ’30s, long before yoga studios sprang up in malls and gyms , Jois began teaching yoga at the Sanskrit University of Mysore , according to a biography on his website. He eventually opened his own school, the Ashtanga Yoga Institute .
The son of a Brahmin (priest) and astrologer, Jois was inculcated with ancient Hindu teachings from an early age. He was first exposed to yoga when he was 12.
Jois popularised the school of yoga known as Ashtanga, characterised by fast-paced exercises that involve pronounced, but controlled, breathing while holding varying postures.
Jois’s first exposure to the West came through the 1967 book Yoga Self-Taught. Since then, Westerners have sought him out in their hundreds.
Although he was not fluent in English, Jois knew enough to make himself understood to his students. —
© 2009 The New York Times News Service
on June 20, 2009 No comments: Links to this post

Look who is with the Congress !

1) Nagma - Nagma to campaign for Congress even if denied ticket

Born of a Muslim mother and a Hindu father, but the real connection is In 2007, she finally accepted Christ as her Saviour ... The anomaly of a Hindu man marrying a Muslim lady has hence been compensated for ... Amen

2) Azhar - Azharuddin to bat for Congress in Moradabad

In addition to the infamous match fixing betrayal of Nation, his claim to fame is having divorced his wife and married ( and converted ) a Sindhi.... and lol.. ex-girl friend of Salman Khan

which brings us to

Like a Salmon his migratory ( read as one woman to another ) skills are well knows, and is quite an epitome of al-taqiya ( sans the compulsion part..... well, biological compulsions, may be )
on April 10, 2009 No comments: Links to this post

CNN-IBN opinion poll http://ibnlive.in.com/news/alliance-needed-suitors-contact-upa-nda/86007-37-p1.html predicts NDA is behind UPA.. Well all their recent predictons about State elections had gobne awfully wrong. In fact after Gujarat election results were out , the hyper Rajdeep (Cong)ras-desai along with the just-jumped-outta-d-zoo Yogendra Yadav tried to explain why their survey was 'slightly off mark", by making a big map of Gujarat, putting some saffron and white ( I think) colored cubes on the map, ( apparently each of those cubes representing 5 seats each it seems) .. and then moving them around here and there, and telling - aha, thats were we missed... Frankly, I don't remember having seen such a nice comedy show on an Indian channel anytime recently

But this time, not because its a CNN - IBN poll, in fact in spite of it being a CNN - IBN poll, I tend to agree with the numbers in the present state of affairs . ( See my earlier post with the numbers.. the two people needed for NDA - Rajanikanth and Chiranjeevi - have not yet obliged, and even the alliance with ShivSena seems shaky) . Among the possible secnarios, 2 are in favor of UPA ( "possible", "strongly possible" ) 2 in favor of NDA ( both "not impossible") , and the last in favor of a third alternative... The last says CNN - IBN is highly unlikely

Methinks that the chances are the last is quite likely( though may not exactly be a Mayawati)... I believe that history will repeat itself.. Like VP Singh-Chandrasekhar..... like Deve Gowda-Gujral (do people even remember these jokers ?)...... India, unfortunately may have to go through a really bad perios ( not that UPA coming back to power is any majorly better, but atleast not another third front I hope).... Extrapolating that scenario further, such a regime won't last more than 2 years, and there may be a general election, may be in 2010 or 2011

I am no political expert. Though I hope it doesn't come to that, this is what I feel may happen, After all, its said "vinaasa kaale vipareeta buddhi.." ( kind of like "wrong decisions at the time of adversity")
on February 28, 2009 No comments: Links to this post