Not just the Congress, even some among the BJP supporters seem to "believe" that job creation is one area where Modi govt do a great job. I will consider the following points

1) We need to get out of the notion of jobs = govt jobs, especially with many white elephants..

4) Prof Pulak Ghosh of IIM Bangalore and Dr Soumya Ghosh , Chief Economic Advisor to SBI have brought out a detailed study. Going by this article , "15 million people are being added to the labour force every year, busting the theory that jobs are not being created in the country .... we estimate that on an average 25 million babies born per year (this has been calculated after adjusting infant morality rate from crude birth rate) has remained largely constant in the last three decades. Out of 25 million, we expect that 15 million are added to labour force (after conservatively assuming 40% of them voluntarily remain out of labour force or are involved in domestic/agriculture work).”

What has escaped major discussion in main stream media are a bunch of measures taken by the government from a Human Resource angle - extension of maternity leave period , many measures of the AYUSH ministry ,  The Rs 2.50 biodegradable sanitary napkins , various measures for divyang ( differently abled), Hum fit to India fit campaign and so on. 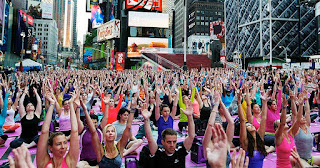 While the International Yoga day has become a big hit, what is perhaps less known is India's stride in emerging as a key player in geopolitics. The rather less know Raisana dialogue is one such example, efforts like this will at least take a decade to really show its impact, which is exactly why we need

Part-3 of my series was on Roti-Kapda-Makaan . This part-6 will be on Bijli-Sadak-Paani

Much has been talked by opposition that the claim by Modi govt of completing the rural electrification is not worth taking credit for. Well, let us go to year 2012 .. there were probably 22000 villages left without electricity. In the 2 years of 2012-13 and 13-14, UPA govt electrified close to 4000 .. ie average 2000 per year. Between 2014 - 18, Modi govt completed the remaining 18000 - average 4500 per year. And it is a no-brainer that the last ones are always the toughest -- or else the UPA2 could have just completed them and taken credit.. and lets not forget, Cong rules for 55yrs+

And by the way, India is the third biggest electricity producing Nation (ref1).

Roads - As a reader if you have any doubts that Modi govt roads much faster (and hence more kms within the time frame) compared to UPA-2, then perhaps there is no point in reading m blog, because only the ultra-biased against Modi can tend to "believe" so. The data is all over the internet. What is interesting is that government has already planned ahead also- Bharatmala, a centrally-sponsored and funded road and highways project of the Government of India with a target of constructing 83,677 km (51,994 mi)[6] of new highways, has been started in 2018. Phase I of the Bharatmala project involves the construction of 34,800 km of highways (including the remaining projects under NHDP) at an estimated cost of ₹5.35 lakh crore (US$74 billion) by 2021-22. 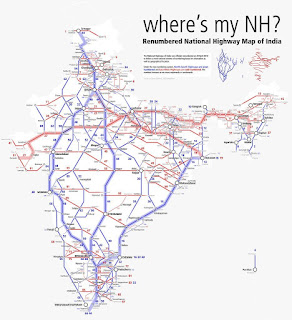 
Development - electricity or road comes with concerns of environment. So let me touch up on that briefly. A report (ref2) says, in Nov 2015 the Indian government announced that plastic roads would be the default method of construction for most city streets, part of a multibillion-dollar overhaul of the country’s roads and highways. Urban areas with more than 500,000 people are now required to construct roads using waste plastic. As for renewable energy, let me quote from this article (ref3) During the four years of its rule, Modi government brought about many changes in the country’s renewable energy landscape. Even though it may be too early to call the entire journey as path-breaking, many positive changes have definitely occurred in the last four years considering what latest data shared by the respective ministry show

Finally, water - Whether its the sewage plants being setup (ref4) or actually diverting Asia's biggest sewage from going into a sewage plant as opposed to Ganga (ref5) , Namami Gange project has slowly picked up speed .. Dolphin count going up from 22 to 33 (ref6) cannot be for no reason. National waterways project ( https://en.wikipedia.org/wiki/National_Waterway_1 ) is perhaps one of the least talked about , yet big impact project. One may disagree with certain decisions taken by the government, but everyone will have to agree - This govt doesnt shy away from decision and action !